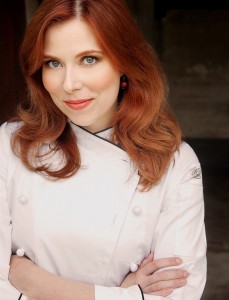 Kristina is your one-stop-shop for all things food:

Internationally-recognized culinary authority Kristina Vänni is a well-known food writer, engaging TV host, accomplished recipe developer, and leading cooking contest expert. Now she adds author to her résumé as she is currently writing her first cookbook, an exploration of the traditional and seasonal cuisine from her family’s dairy farm in Finland.

Food and writing have been longstanding personal and professional passions for Kristina. She engages and inspires a diverse national audience of food lovers with her compelling content and original recipes. Today you’ll find her writing for BHG.com, America’s largest magazine brand reaching over 10 million readers digitally every month. Kristina has previously written for top 10 U.S. web property About.com as a culinary expert for the Food channel and Meredith Group’s Recipe.com as a writer and recipe contributor.

From 2010 to 2015, Kristina served as the voice and face of BetterRecipes.com for which she developed and photographed more than 1,300 recipes, interviewed A-list industry talent from Mario Batali to Paula Deen, created videos for the YouTube channel, covered high-profile events including the Oscars and The James Beard Awards, traveled internationally and domestically to discover unique food experiences, hosted countless giveaways and recipe contests, and shared her expertise on the outlet’s popular social media channels. 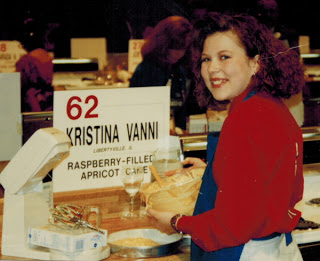 A third-generation recipe contester with more than 20 years experience and countless wins to her credit, Kristina is also the owner and CEO of Cooking Contest Central®, the premier website and online community for cooking and recipe contest enthusiasts. Her national contesting career began at age 12 when she earned a spot in the winner’s circle at the iconic Pillsbury Bake-Off. Honing her recipe development techniques and contest strategies over the years, she’s since won top honors from Martha Stewart, Betty Crocker, Kraft, and Santa Rita Wines, among others. Not only have Kristina’s recipes been shared with millions online and won countless contests, but they’ve also been featured in cookbooks such as “The Best of the Pillsbury Bake-Off” and “Taste of Home Christmas” as well as in national magazines including Bon Appetit and First for Women.

A go-to resource for national media, Kristina is called upon as a culinary and contest expert including appearances on ABC News’ “World News Tonight” and “Nightline,” CBS’ “The Talk,” and Hallmark’s “Home and Family.” She also hosts culinary events; judges national recipe contests; performs cooking demonstrations and guest speaking roles at food and blogger events; and serves as a spokesperson and recipe developer for national brands such as Finlandia, Unilever, ConAgra Foods, KitchenAid, Post Foods, Baileys, among others. In addition to being named “Hot Chef” by the National Restaurant Association, Kristina served as the host of Better Homes and Gardens “100 Days of Holidays” series and as the food and wine correspondent for CBS travel special “Aussie Week.” 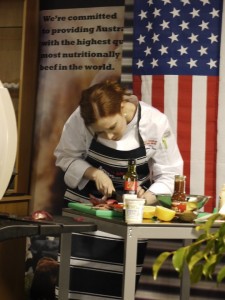 Her forthcoming first cookbook explores classic Nordic recipes and festive holiday favorites passed down through the generations, honoring both Kristina’s Finnish roots as well as the unique ingredients of the region. The story began in 1899 when Kristina’s great-grandmother left her small family dairy farm in Peräseinäjoki, Finland for a new life in the United States. Over a century later, Kristina visited that very farm where she connected with long-lost family members. Spotlighting the unique seasonal ingredients of Finland, the recipes elevate the familiar farm-to-table concept to an authentic “table-on-the-farm” experience with time-honored stories and captivating photos (by Eric Kleinberg) to bring the story to life. Kristina is documenting the book’s creation on her Homefarm Life website (HomefarmLife.com) and social media (@homefarmlife). 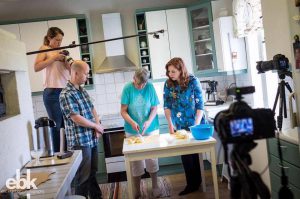 Quietly playing with bowls of flour as her mother cooked up winning recipes and family meals in their suburban Chicago home, Kristina learned her way around the kitchen while also taking interest in cooking contests. Today she enjoys cooking up both sweet and savory approachable recipes whether baking a decadent cake, grilling a juicy burger, trying a new ethnic favorite, mixing up a creative cocktail, or putting together a memorable party spread.

One paragraph version of Kristina’s biography.

One sentence version of Kristina’s biography.

Kristina is currently writing her first cookbook! Read all about the Finnish "Homefarm" project: Learn more...